Even though this is only the second post on this blog, I feel like I am getting more into writing this. I had a small break from the blog before it really even got started due to starting university but now I am back.

So let’s get to the point: the films I have watched this week.

I now volunteer at the independent cinema where I now live so I get to watch new films every week and this week was Blade Runner 2049. I actually saw this last month for my birthday and I was not too impressed. This time around I actually consciously chose to have a nap in the middle of the film and I find it extremely hard to fall asleep watching any movie let alone a noisy one like this but somehow I did. The film is not bad but it is not the type of film I would watch again (like I did). I felt the marketing by Sony was too hyped up. I went in expecting an action packed Ryan Gosling/ Harrison Ford duo movie with sci-fi and amazing special effects. I was disappointed.

From a film student, point of view (which is also me) the film was visually stunning, the scenery of the desert and post-apocalyptic world was really amazing and the colours and lighting in every shot was clearly well thought out but I felt the script and lack of action was what let Blade Runner 2049 down. Granted I had not seen the original Blade Runner (1982) so I wasn’t as invested in the characters as some people but I felt this reboot was not the film for me. A lot of others did enjoy it like The Guardian gave it 5 stars, but I do not. It’s okay for me to have my own opinion and I still bought a ticket and contributed to their box office gross. Overall I rate this film 3/5. 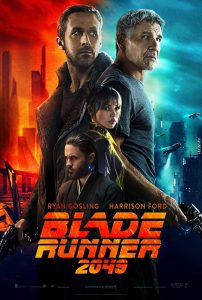 I bought the film Eat Pray Love (2010) on DVD from a charity shop and this week I decided to watch it. It is based on a book by Elizabeth Gilbert that was a New York Times bestseller that I read last year and absolutely loved. The book is about  woman who divorces her husband and then goes on a year long trip to Italy, India and Indonesia. The book is also about God as she starts praying and in India she goes to an ashram – a place of prayer that was set up by her guru. The book really spoke to me so I went in with high expectations and I was not disappointed. This film may sell itself as a rom-com but to me is about finding out who you want to be in life and what your goals should be. The author Liz is played by Julia Roberts who does an excellent job at portraying all of Liz’s emotions and feelings with using few words and her face. Other cast members include James Franco, looking very young playing her lover David, Billy Crudup, her husband and Viola Davis, Liz’s friend in New York where she lives. The story was adapted in the film but Liz Gilbert worked closely with the producers and oversaw all changes made. Some things were added that actually happened but were not mentioned in the book. The film is long over 2 hours but it is worth it to get the full story. The only negative is I felt the film did not go into enough did about Liz’s time in Indonesia. Overall I rate this film 4/5. 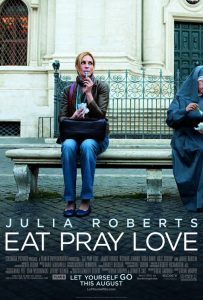 I watched Office Christmas Party on Amazon Prime. I know it’s a bit too early for Christmas but this film features some of my favourite comedy actors and actresses like Jason Bateman, Jennifer Aniston, Kate McKinnon and Rob Corddry. The film is about a technology company run by a relaxed boss who has taken over from his dad. The office branch is about to be closed by his workaholic sister (Aniston) so the office throws an epic Christmas party to close a client. Chaos ensues. I liked the fun nature of this film and the great one lines from some of the funniest comedic actors in Hollywood. The cast gelled well and set for the party was massive and very detailed. It also has drama and romance and an epic car chase at the end. For a funny Christmas movie, it actually had a plot that made sense. I also watched it because I saw the trailer when it was being marketed last Christmas and thought it looked like a good film to watch. Definitely one to watch if you love comedy and Christmas and don’t mind occasional American cheesiness. Overall I rate this film 5/5. 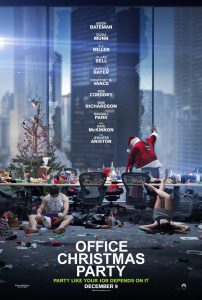 So these are my 3 recommendations for this week. Some weeks I may watch more films than this but this week I had some big assignments due so I watched more TV instead.