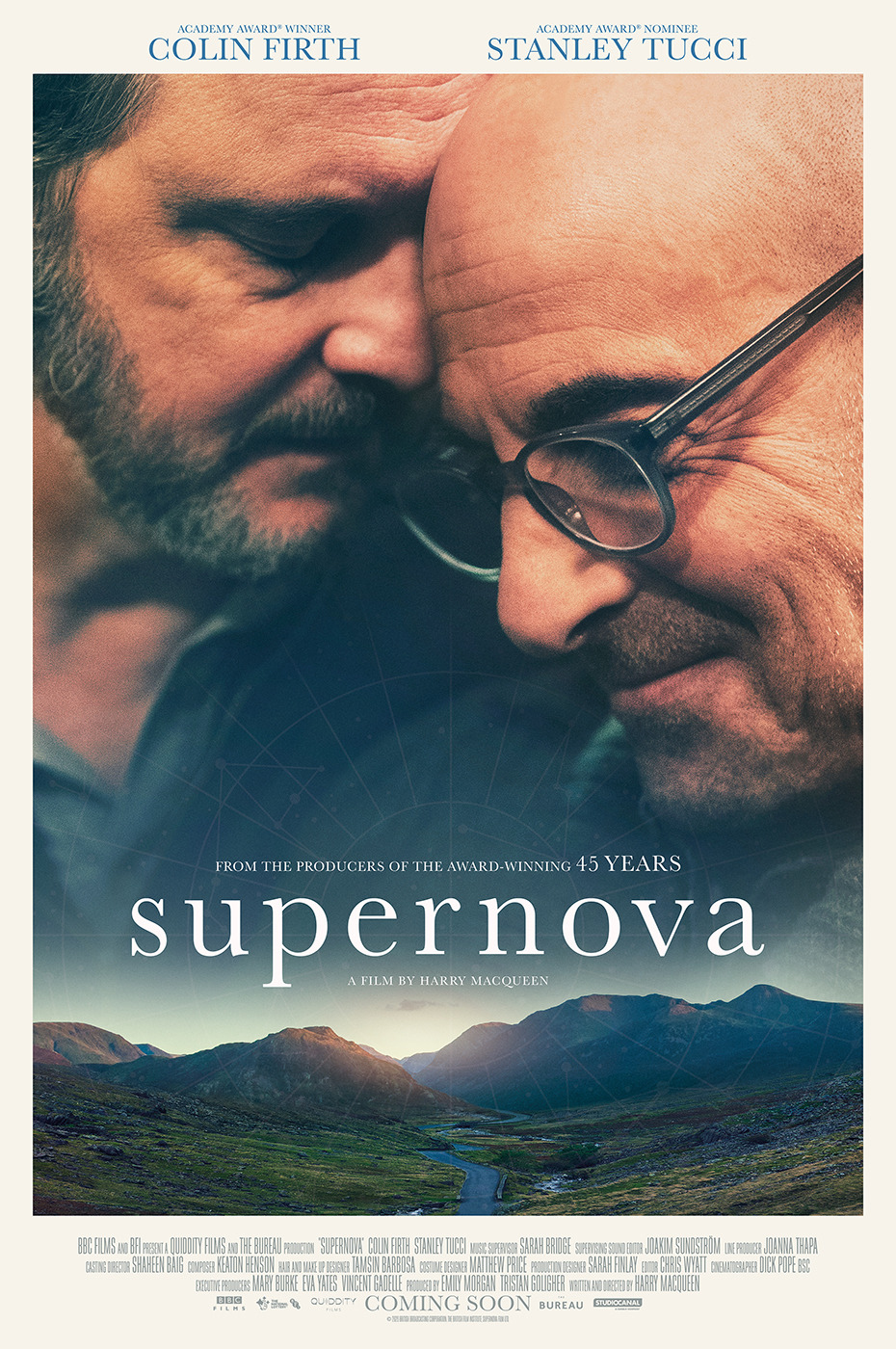 This film has been on my radar since its appearance at the London Film Festival in September 2020. Films featuring older gay characters are not very common much less featuring actors of this calibre. I saw this film late in its running and as a consequence there were only two other people in my screening. It made the experience more intimate and I really found myself connecting with the characters even though our life experiences and demographic are quite different.

I enjoyed the British spirit that was threaded throughout the film. The trip to the Lake District, the poor weather, the stiff-upper lip and the family and friends get-together all felt very familiar to what you see in British films, typically those with a family aspect set in the real, modern world. Although Stanley Tucci’s character, Tusker was American, being in a relationship with a Brit and having lived there a long while, he fits in with the tone.

For me this film was very character driven: it is about the relationship between Sam and Tusker while Tusker slowly loses the ability to function properly. The premise itself seems melancholy but when you see the realities of the illness and the strain it has put on Sam and Tusker, the film hits home.

I enjoyed the simple plot of taking a trip to see family and for Sam’s career. There was no big incidences or twists as such but rather small events and truths uncovered between the pair of them. While Tusker is ill, at the start of the film I had hope that he may not be progressing too quickly but towards the middle, especially at the dinner party, we see that is not the case.

I felt particular heartbreak when Sam discovers Tusker’s notebook and we see the progression of his handwriting and how it gets more and more illegible until there is nothing. The scene where Sam shows Tusker the Dictaphone and plays the message Tusker left for Sam was the emotional peak of the film and for me was the best scene as you saw the devastation Sam was facing. I think this film could work well as a play as there were not many speaking characters and it was not about the locations but rather the people and how their lives were going to change.

Definitely worth a watch for the performances of Stanley Tucci and Colin Firth but leave some time afterwards to process as the journey of the film will leave you emotionally exhausted.

I rate the film 4.5/5. The film had an ambiguous ending which I can take or leave but in this case, I was eager to know what happened to them.