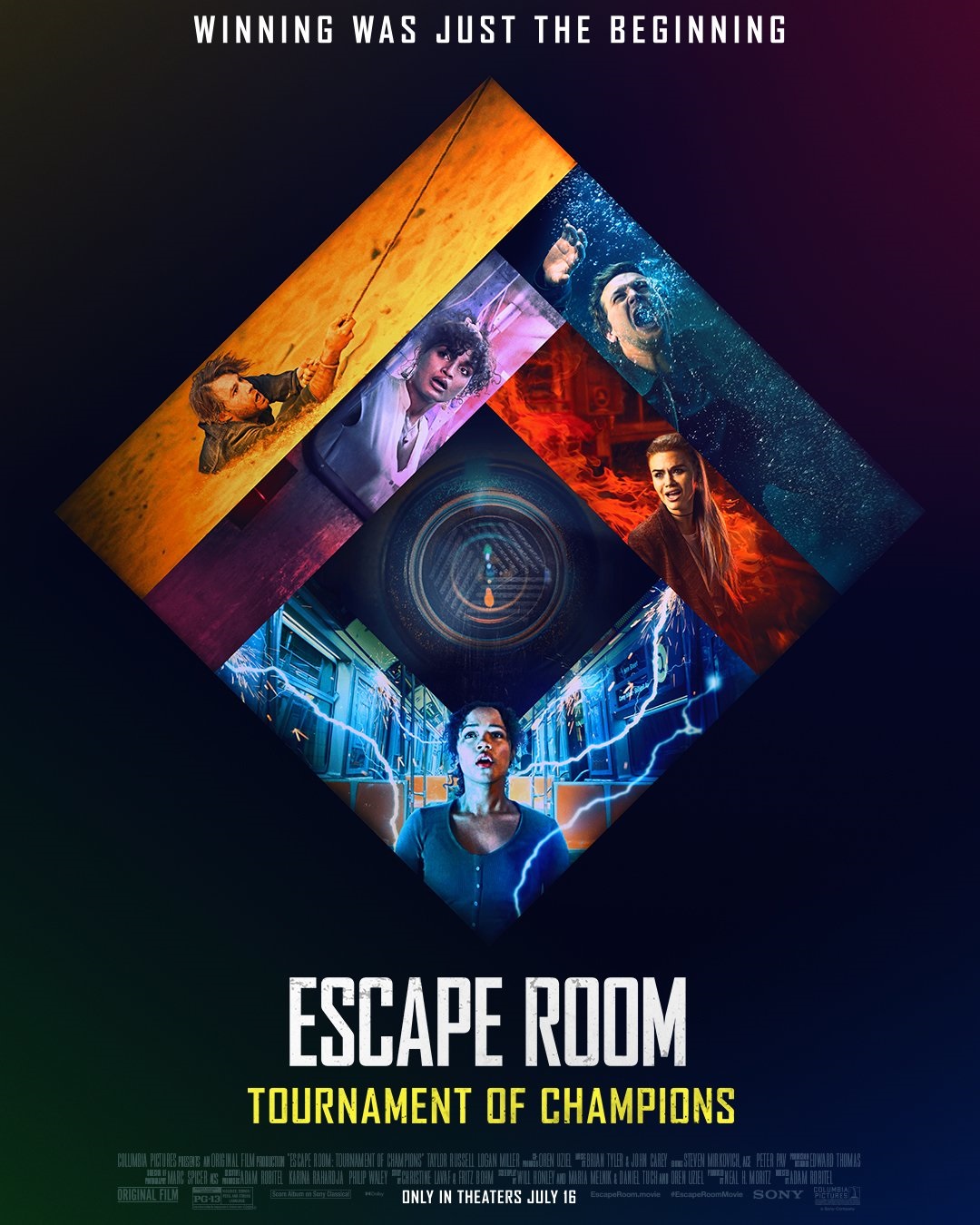 Before watching the first Escape Room, I saw the trailer for the sequel and thought that sounds up my street. My recent foray into the horror thriller world with films such as A Quiet Place Part II, Freaky and now this franchise have given me a taste for something with high energy and twists yet still placing plot over gore level. The escape room element gave a clear structure to the film and while watching the film you can almost play along by spotting clues before the characters and trying to find how they will escape. The cinema was fairly busy for this screening and I had a good seat in the middle back so I was fully immersed and genuinely surprised when it ended. I am looking forward to the third installment after the cliffhanger at the end.

The film kicks off with a quick reminder of what happened in Escape Room, the first outing. We are reminded of the characters being picked off one by one and Zoey and Ben’s survival. They think the key to taking Minos down is in New York City so plan to fly there. Moving to the current film and we see Zoey’s reluctance to get on a plane. She has still not recovered from the trauma of being the sole survivor of a crash that killed her mother and made her a candidate for the first Escape Room.

The pair eventually drive to New York from Chicago with Ben suffering horrible nightmares related to his experience of a room in the game. Ben (Logan Miller) and Zoey (Taylor Russell) find Minos headquarters but it is deserted and almost give up hope until a man snatches Zoey’s beloved necklace and leads them to the subway.

This is when the fun begins. The subway car detaches and peals off to a separate tunnel and becomes the first room of the new Escape Room. There are six passengers in the car, all winners from previous Minos rooms. The game goes on with each room containing different puzzles and accidents. A twist to this time is that familiar motifs crop up in the game such as the name Sonya.

I was surprised when this happened as I got really into the film and the story and I did not predict that it would end at such a crucial moment. The first film ended with a much calmer scene. I really enjoyed this film and it turned the audience into players of the game as when the end scene happens, you realise that everything has a purpose and no scene was there as a filler but rather as a set-up for later.

I think the rooms were more creative this time, especially as they had a theme that is explained later on but also because the characters have all had experiences before with Minos so are aware that it will be dangerous and potentially life-threatening. We also find out each group had their own connection such as Nate’s being all priests and Brianna’s being influencers.

The film was a bit darker this time with the injuries more obvious and the consequences more fatal. The team felt more at one and they survived longer. I enjoyed the twist at the end and after leaving the screen, I could not help but feel as though everything was a clue and that the world was an escape room.

I would definitely recommend this film but only if you have seen the first one as there are big plot points that won’t make sense. There was a good mix of diversity as in the first one and they avoid usual horror stereotypes.